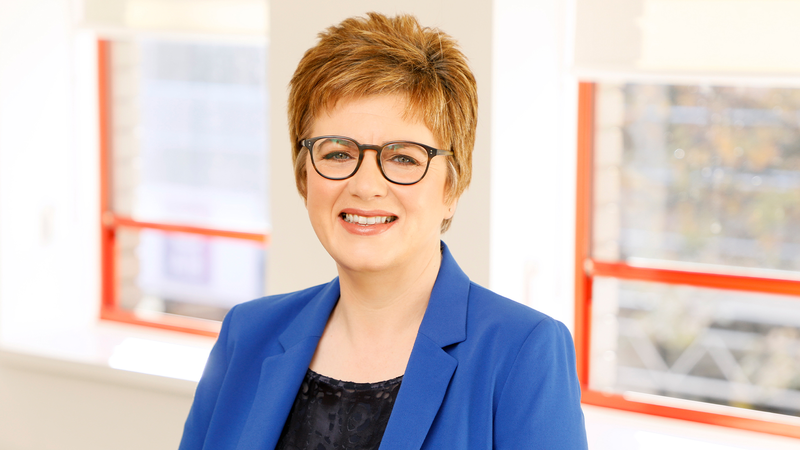 She receives this highest honour in recognition of her outstanding contribution to the promotion and development of improved standards for all, within the industry but also the wider community.

A proud Irish national, Margot, has impeccable credentials for her latest plaudits. She was one of the key contributors to the country’s Same-sex Marriage Act and one of the 11 Founding Partners and signatories of Ireland’s first Diversity Charter. Her longstanding commitment to diversity and inclusion has earned her  awards to include being recognised in the Financial Times’ Top 100 OUTstanding LGBT Business Leaders for four consecutive years.

Margot’s impact is also recognised at international levels. In 2017 she received the honour of being named Chevalier de l’Ordre National du Mérite (Knight of the National Order of Merit) by the French Ambassador to Ireland.

In recent years, Margot has received:

“Margot is committed to furthering the diversity and inclusion agenda: In October 2012, she was one of 11 founding partners and signatories of Ireland’s first Diversity Charter. Margot Slattery Is Hereby Included In The AIBF Register Of Irish Business Excellence.”

“Her contribution to the promotion and development of D&I Standards in the Workplace & in society is exemplary. Truly a well-deserved accolade. We are honoured to have you.”

“I am honoured and humbled to be entrusted as the Global Ambassador for Diversity & Inclusion for 2021. On behalf of all those who work in making inclusion a way of life, and my 400,000+ colleagues and placemakers at ISS. Whom every day strive to be the change we want to see in the world, and our work with people and places helps to make that happen.”